In 1977, Blake enlisted in the United States Air Force and attended basic training at Lackland AF Base, San Antonio, Texas. After attending technical school at Keesler AF Base, Biloxi,Mississippi, he worked as a Personnel Specialist at Wurtsmith AF Base, Michigan. He was responsible for processing retirement applications for all base personnel. In 1979 he attended Officer Training School at Lackland AF Base and was commissioned as a Second Lieutenant in 1980. After graduating from Personnel Officer School at Keesler AF Base, Biloxi, Mississippi, he was stationed at Nellis AF Base, Las Vegas, Nevada, Randolph AF Base, San Antonio, Texas, Florennes AF Base, Belgium, and at the Pentagon, Washington, D.C. during the Gulf War. He also served briefly at Royal AF Bentwaters, England and Riyadh, Saudi Arabia. At Riyadh, he was in charge of all personnel and human resources  programs, and authored several manuals and regulations pertaining to such things as officer appraisal policy, Air Force Reserve recruitment policy, and personnel policy in contingency environments. In 1997, he retired from the Air Force at Ellsworth AF Base, Rapid City, South Dakota in the rank of Major.

Thank you for your service Blake! 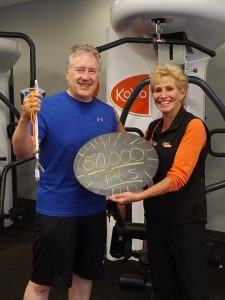